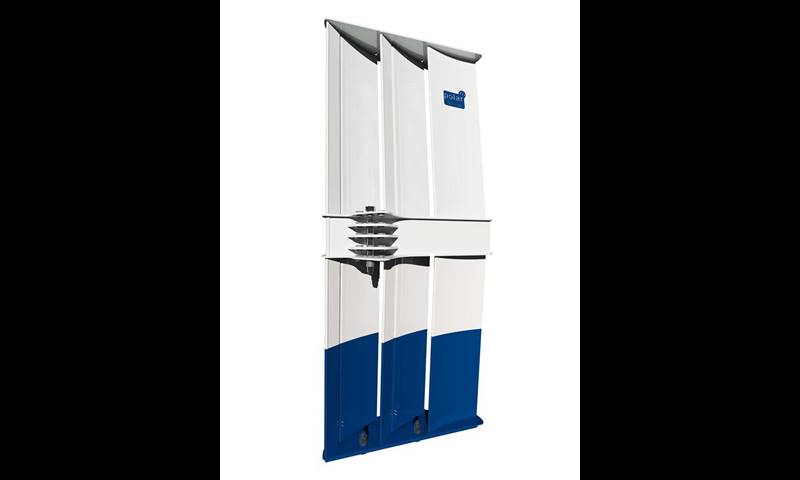 The most innovative idea seen in the trawl doors development for decades.

Get in touch with us!
This product is not listed for sale in our web shop, but we will supply information for this product on request. Call us (+47 69 36 07 00) or send us an email to discuss an offer!

Our newest invention, Poseidon Remote Controllable Trawl Doors, is the most innovative idea seen in the trawl doors development for decades.
Poseidon trawl doors have hydrodynamic designed wings, three on the upper section and three on the lower section, which can be controlled to move towards or away from each other to control the water flow through the door.

The patented innovation, to control each wing individually, makes it possible to guide the trawl doors and the total fishing gear in preferable position, closer to the surface or deeper in the sea or keep the distance above the seabed in decided distance.

The Poseidon trawl doors will have the feature to be programmed to keep a steady distance from the bottom or the surface. For instance to keep the fishing gear 20 meters above the bottom during demersal fishing.